A ½ share and full possession of this outstanding bull was sold in January 1991 for $20,000 to the Tulla-Rooke Hereford Stud and in October 1989 a one eighth semen share was sold to the Higgins Family at Gloucester for $10,000.

Although an all Australian blood bull, Viking displayed all the traits of the modern day bull with extra lift and elevation, and maintained a good muscle pattern, colour and structural correctness. Weighing a massive 1130kg at three years of age, Viking has been described by many astute cattlemen as one of the finest Hereford bulls in the Eastern states.

His illustrious show career included 23 shows. He was placed first 20 times, second twice and third which includes Grand and Supreme Exhibits, an outstanding feat considering he was a junior at most of these shows. Also at the Brisbane Royal Show in 1989 Viking stood 3rd in a strong 20 month class. 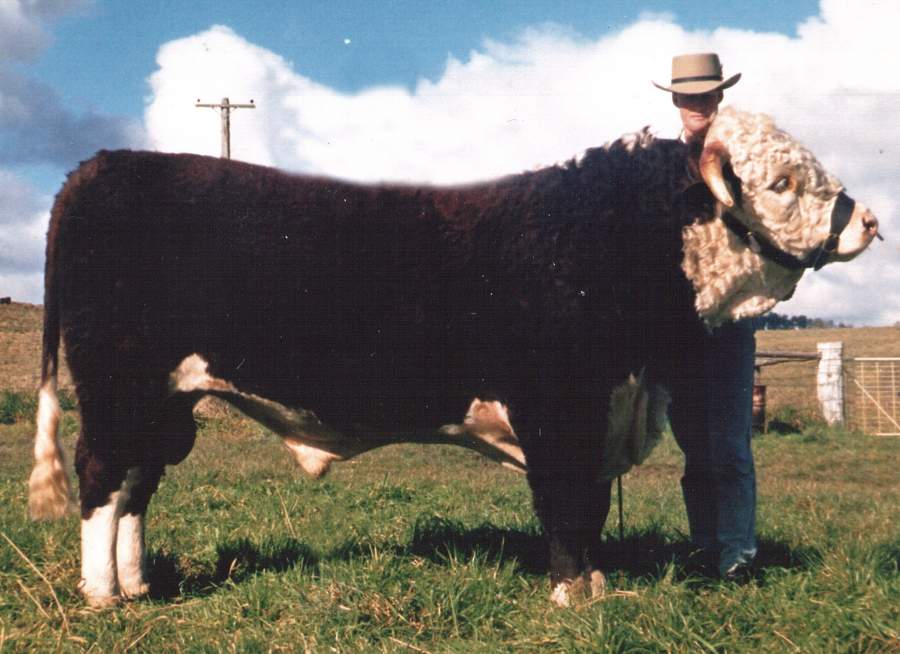