One of the stars in our 2018 Sale Draft is Amos-Vale Emperor M001 by Talbalba Storm. Emperor is an outstanding stud sire prospect who is very hard to fault, he has tremendous length and depth with great strength and carry through the spine and beautifully laid in through the shoulders, he is a rich coloured, well-muscled, meaty bull with a magnificent head and eye. His athleticism and natural balance make him a stylish, eye appealing young sire who is structurally correct with good feet and legs, weighing 800kg at 20 months he is one of the best produced by the Stud and with a performance packed pedigree and good figures to back him up, I believe his potential as a stud sire is unlimited.

Good Hereford sires of this calibre that combine great traditional Hereford cosmetics on a modern day structurally correct,  well muscled meaty frame are hard to find. So come and check him out at our Open Day 2nd July or Sale Day 26th July where Emperor will sell at lot 3. 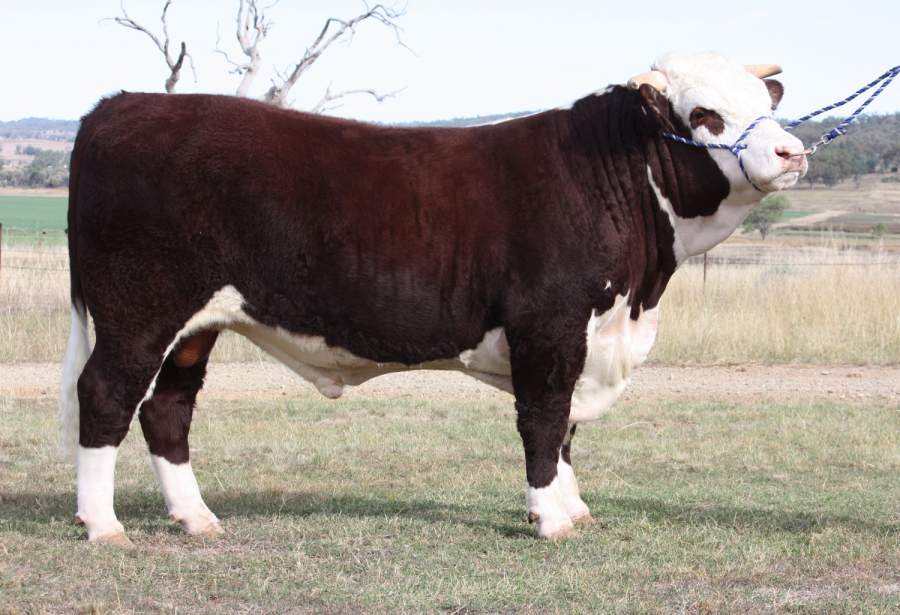